The past several months I have worked on expanding the base of my work to include move human interest and nostalgic scenes. The Thunderbird Car picture was the seed of these pictures where I can use the vehicles as an anchor for the painting. The attraction to this is both personal experience depicting the scenes but also the ability to use some imagination to tell a story that does not normally cross my desk.

This idea started out as a Christmas tree delivery but found it wasn't a workable solution. Lots of parts to like but that doesn't make a cohesive picture interesting enough to hold the viewers attention.

These little drawings are very important to working out ideas and deciding on their direction. Pictures are not simply a straight line from idea to execution there is a lot of thinking that goes into the process. In todays world a artist has about 5 seconds to catch a persons eye and hold their attention or its off to other shiny objects calling out for their attention. Always prepare a picture like its the best one or last one you will ever make. To someone else this might be your only shot to convince them to look at more of your work. Don't be afraid to fail either, we can lean much from the lesson if you are willing to take chances. 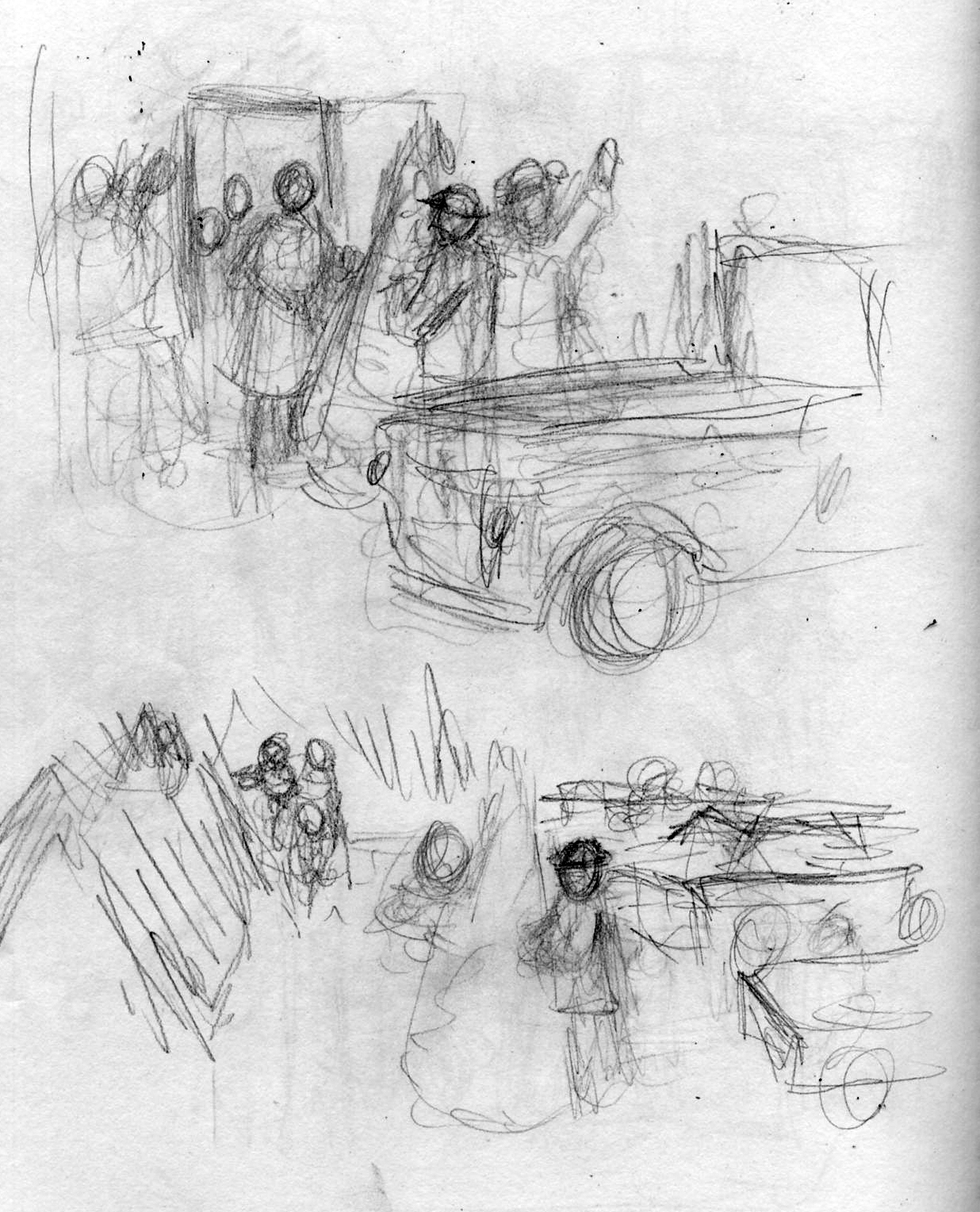 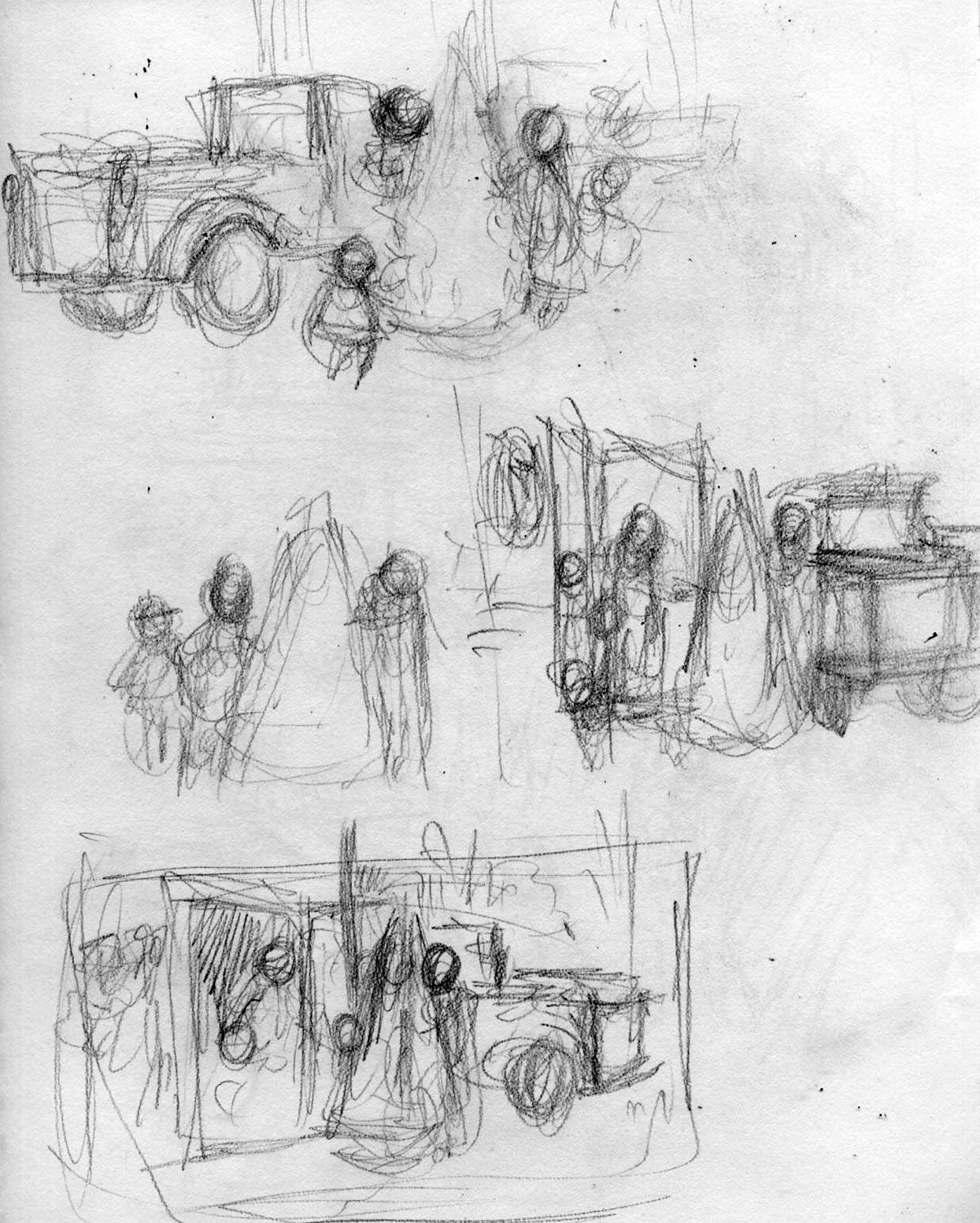 The next move was to change the setting and idea, into buying the picture. Most people have a Christmas tree buying experience and memory that is common to what these sketches depict. They need refinement and better layout but have good picture making possibilities. This idea may change into something else but for now this is where its at. 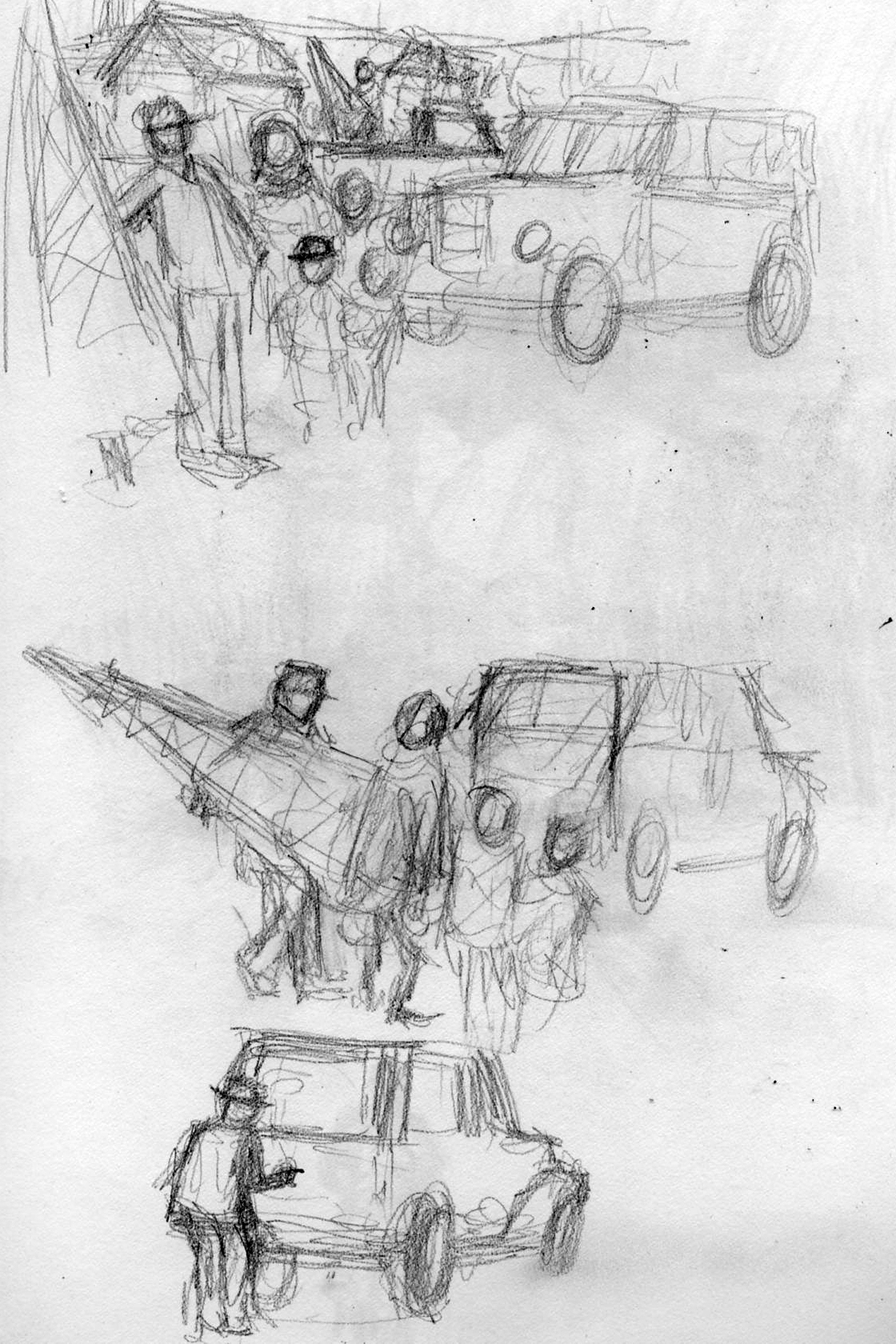 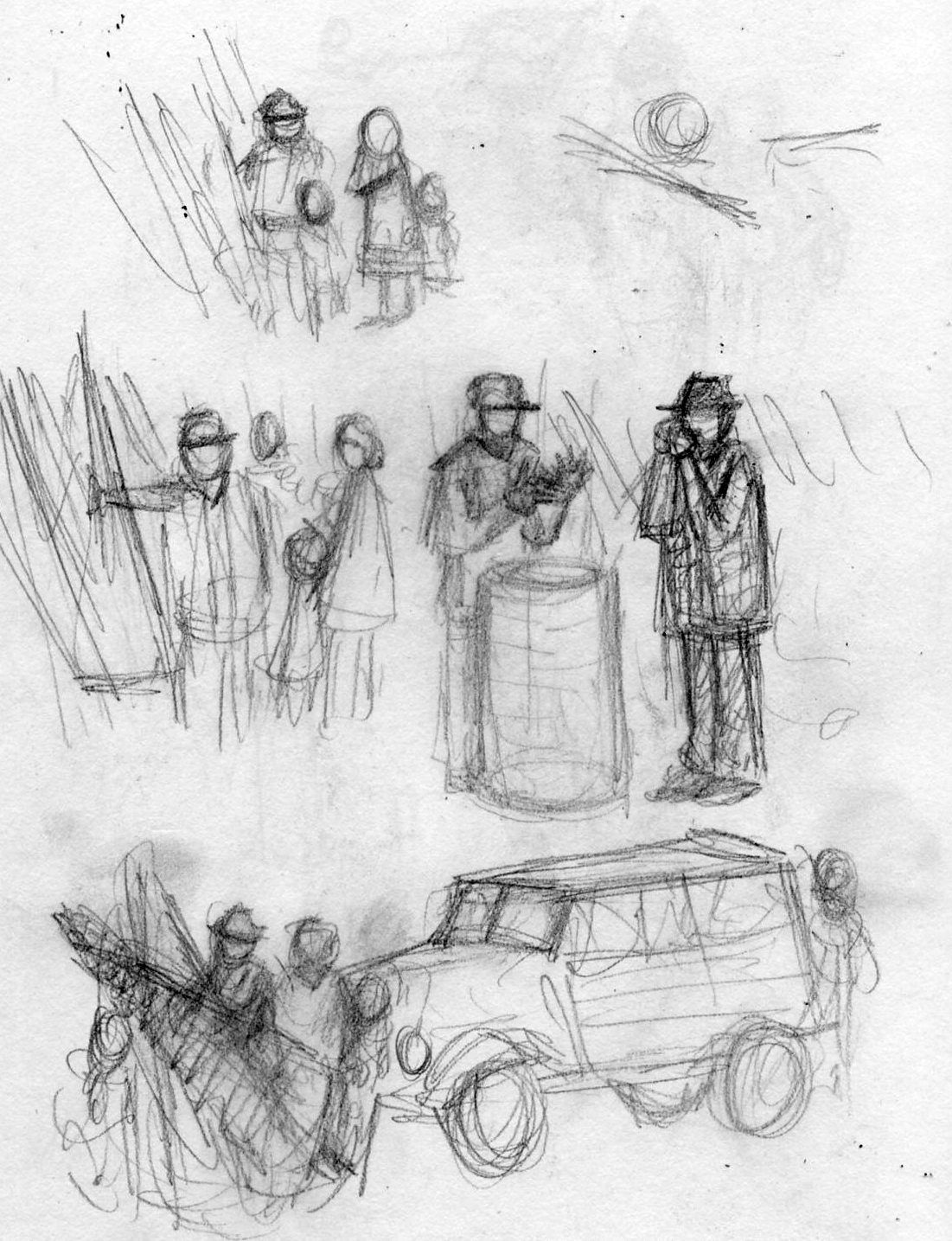 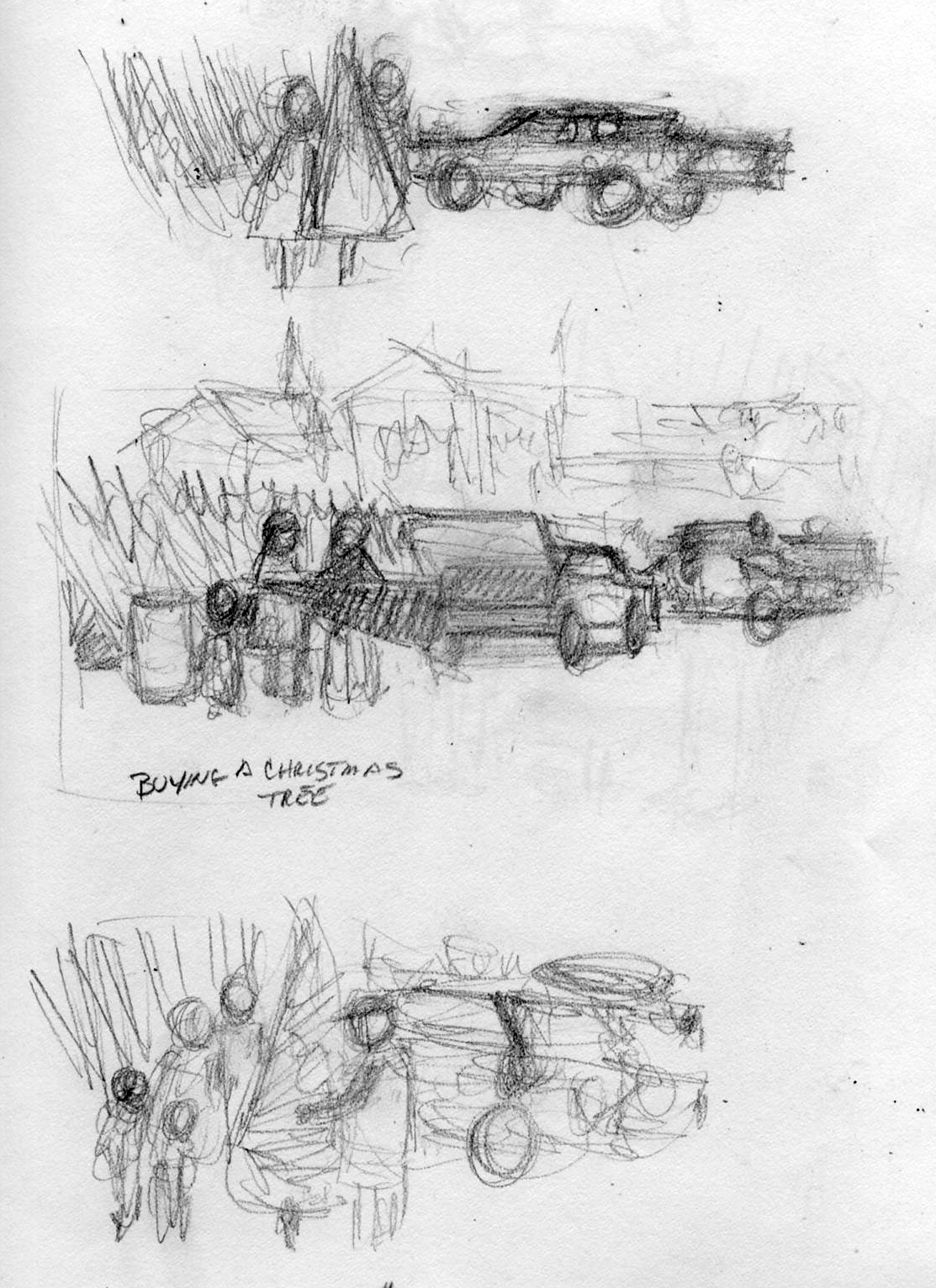 I like the mom and two children picking out the tree set in New England late 1940, maybe an older guy as the tree or farm guy, none of these people should look too well off it would spoil the mood and mood is important. A woody sedan in the background gives the picture some extra interest. Story telling pictures require a delicate balance of drama and setting, what you leave out is as important as what goes in. 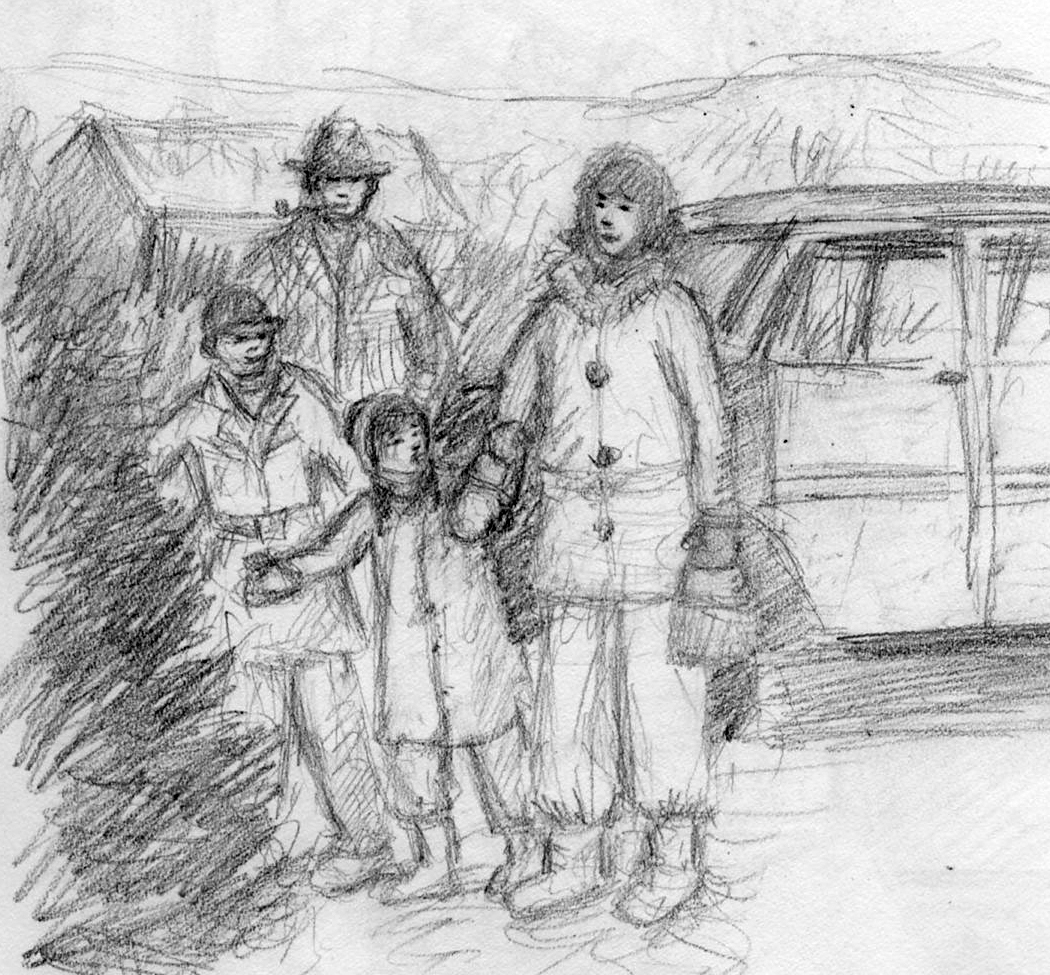 These last two drawings revolve around a Lionel train set the father is bringing in or has just bought. Both of these have some interesting potential and the train set could easily be another popular toy like Hot Wheels or Barbies. The street scene has other background picture elements like kids looking at the train display, other cars and some wet snow. The other version has a quite charm of the mom in the door with light from the warm inside casting shadows into the cold snowy surrounding area. The moon light and some Christmas lights will help set it context. Will see after some more thought which of these may be painted. 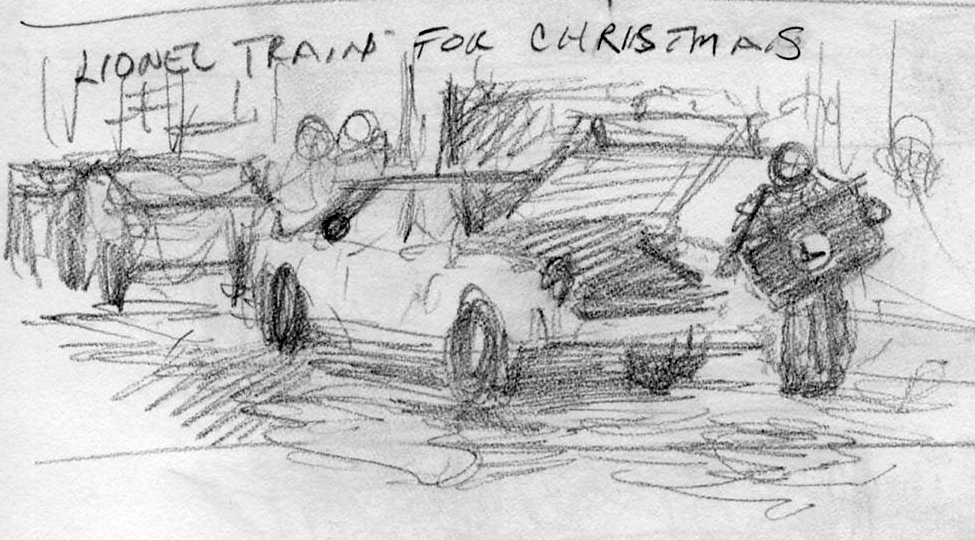 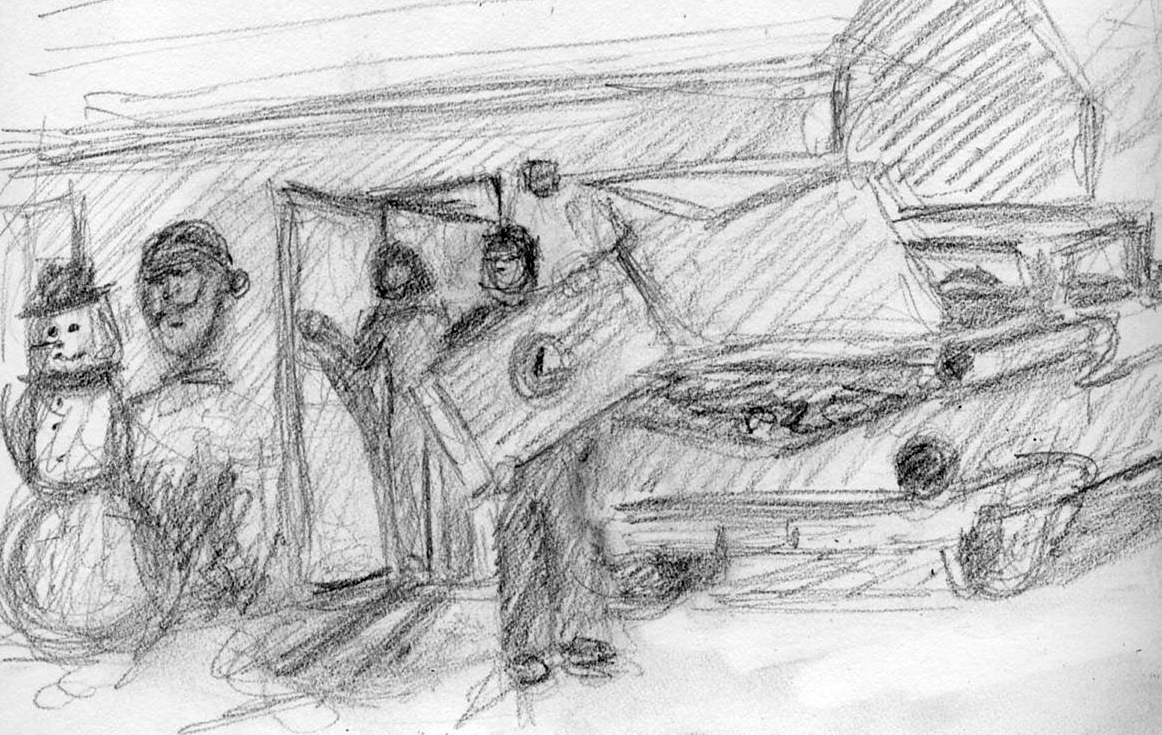