The original concept for this picture was found to be a little close to a Katrina picture and after some discussion we moved to a montage of elements and figures that would suit their needs. The first was a bit to aviation heavy, a montage will solve that pretty easily.

The National Guard motto is Always Ready, Always There and decided to use it in the picture which is a big departure from all of my other work, in this case it fits in nicely with the overall concept. The picture has a center image of the minuteman and early American flag as it background. The Minuteman has been associated with the National Guard throughout its history and goes back to the part time citizen and part time soldier ready at a minutes notice to stop and defend the country. America has had an aversion to large standing armies and employed the militia concept which is essentially a part time army without the cost and fear of the army being used to control the population as England did before the Revolution. America really didn't have a large standing army until after WWII but it kept the Guard and Reserve concept within the states.

The war setting or combat vehicles on the left is balanced with humanitarian right side. The center group of soldiers and airmen will be a mix of both branches and jobs. The Guard is made up from all fifty states and territories there will be a mix of ethnic groups and men and women to reflect that. The next step is securing good figure and vehicle reference then start on a finished drawing for approval before beginning the painting. 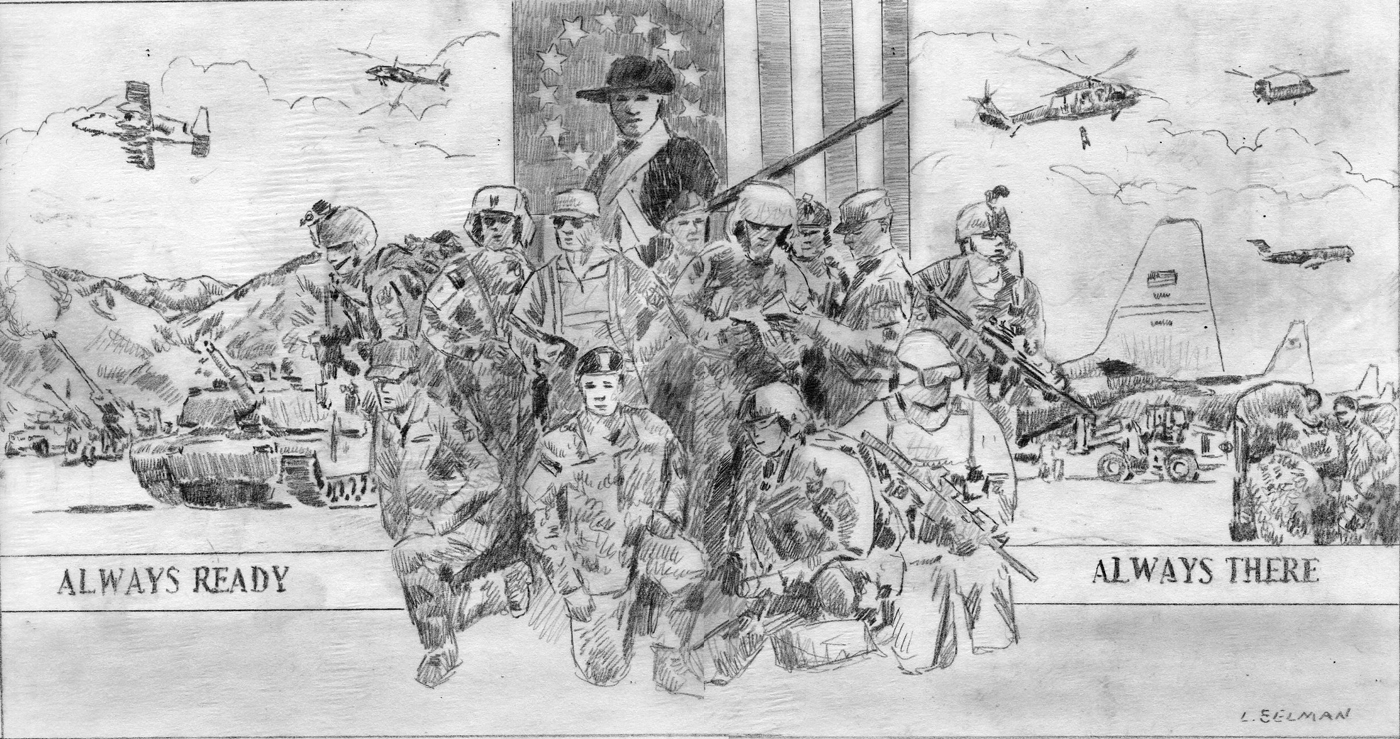