Everything has a beginning and a end, the Green Beret illustration is very likely the final GI Joe illustration of my career. Starting back in the late 1990's with the Classic Collection for Hasbro and after that line ended it was on to the National GI Joe Convention specials for Brian Savage. This year the idea was to mimic the Sears box art from 1966 but after several frustrating attempts at this I abandoned that. The original wasn't designed very well, it lacked drama, good lighting and it looks like one guy is ordering take out or getting a weather up date while the other soldier fires the machine gun. No matter how I tried to rearrange the composition or use a 1960 illustration technique, none of it worked. 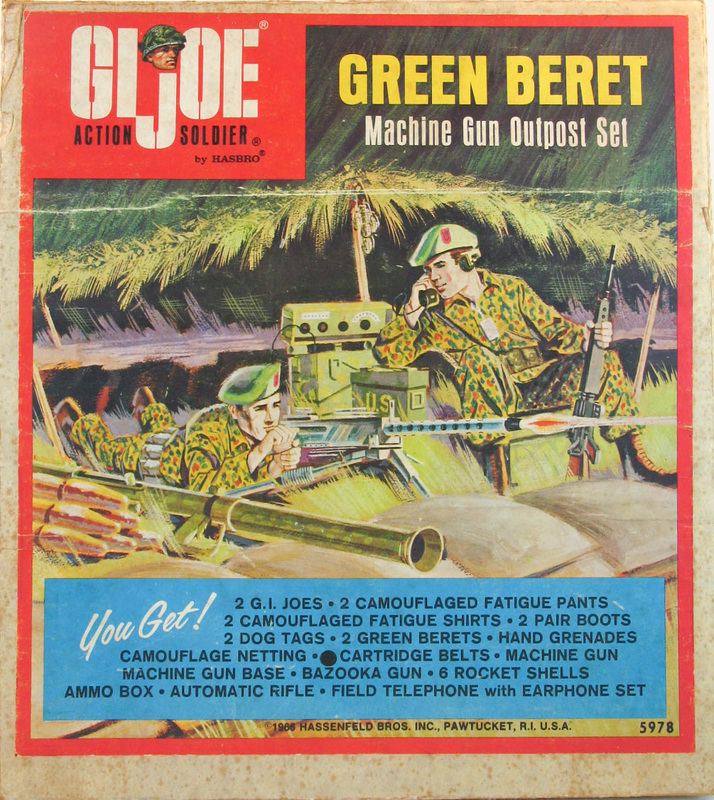 My mind eventually wandered over to some drawings for another Vietnam picture that was never completed, Valor at Nam Dong. The first Medal of Honor for the Vietnam War was awarded to Captain Roger Donlon who was also the first Special Forces soldier to receive it. It wasn't possible to rework that picture into the convention art but it was the frame to hang it on. Night fights are always full of drama, the low light and dark shadows contrasted with the bright fire light are very compelling. 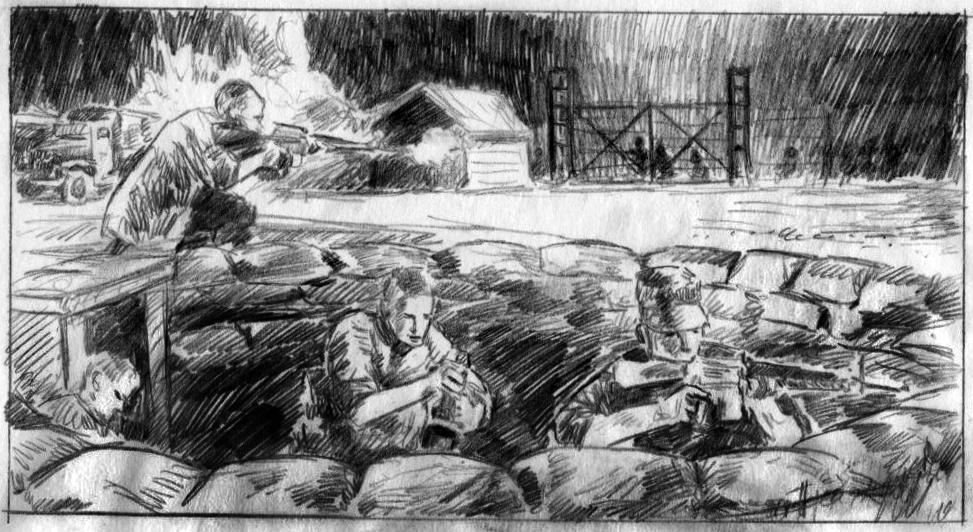 This picture is like almost every picture I've made is a mix of costumed models and small scale scenes. Good models along with the right props make the picture, you just can't make it without them. The models have to do some acting which isn't always easy especially since they are not actors or professional models. There was a little bit of luck in finding someone who had a M-20 Super Bazooka that could be used for the reference shoot. The rest of the props are part of my collection for reference. 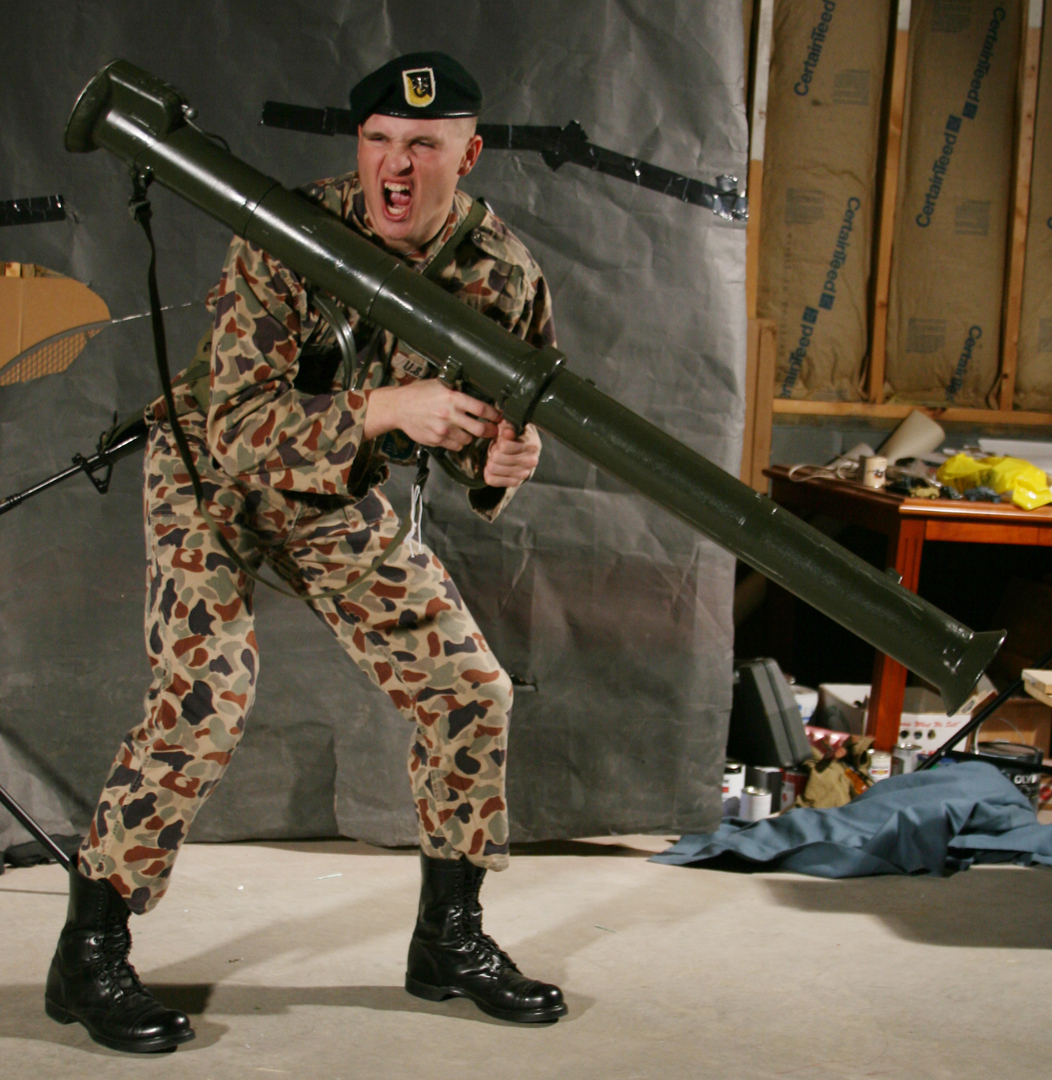 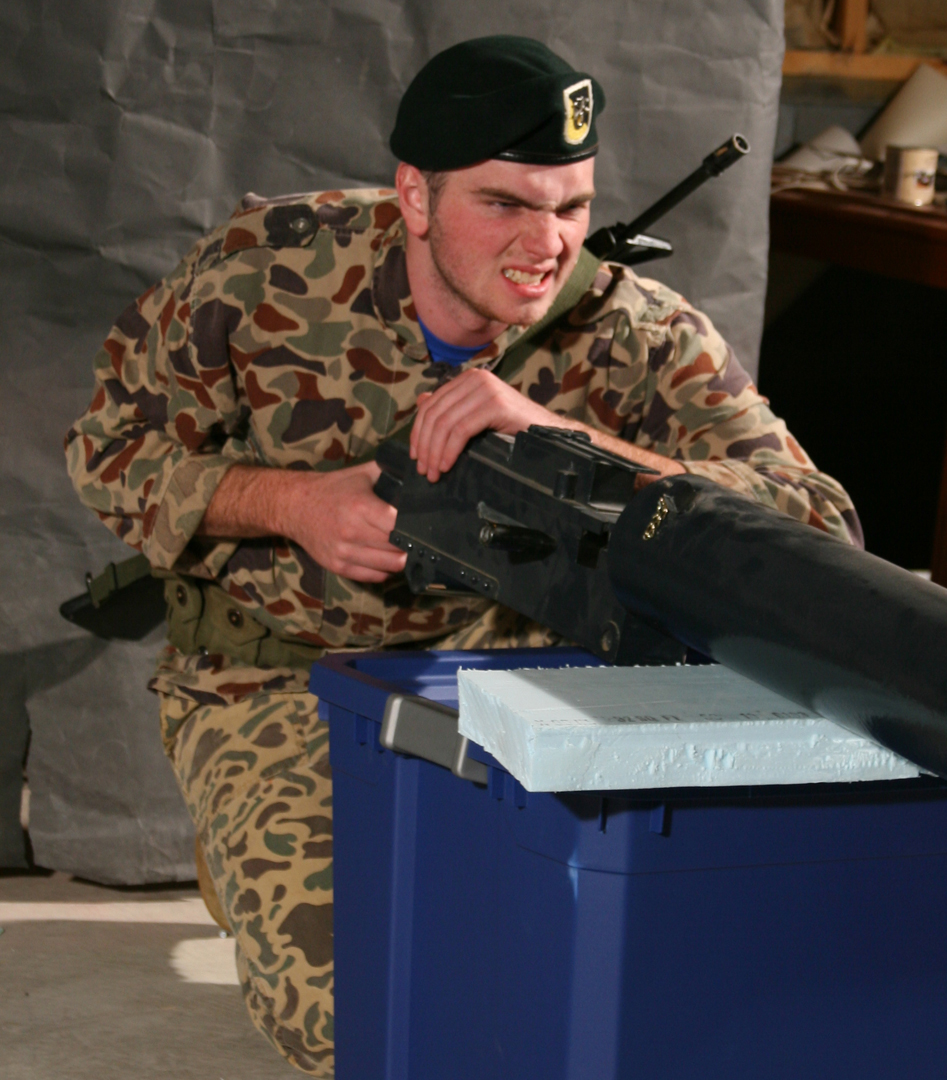 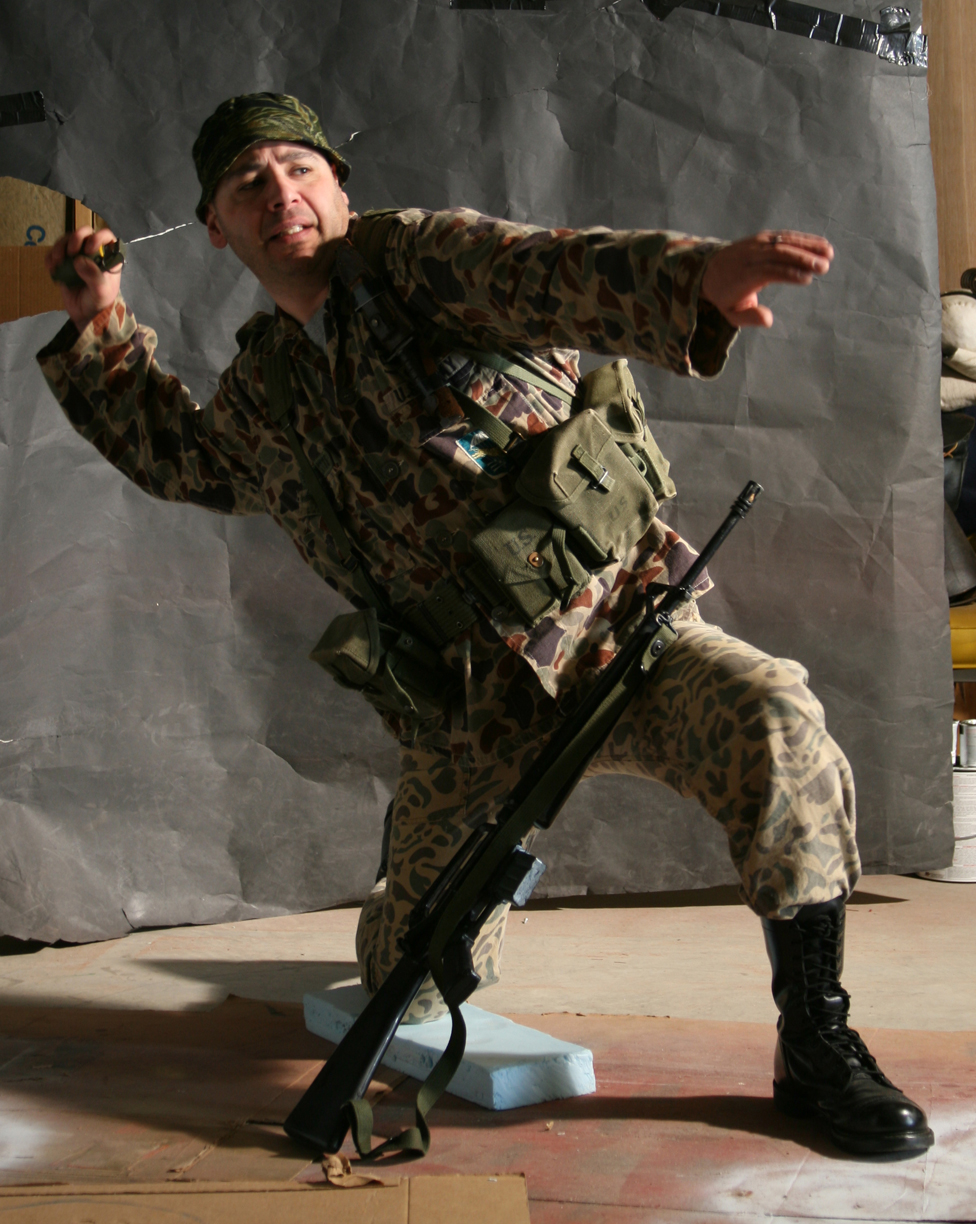 There is the small stuff you make because getting some pieces of equipment is just not possible. Making a pile of sandbags out of plasticene was a lot easier than filling some to stack up. 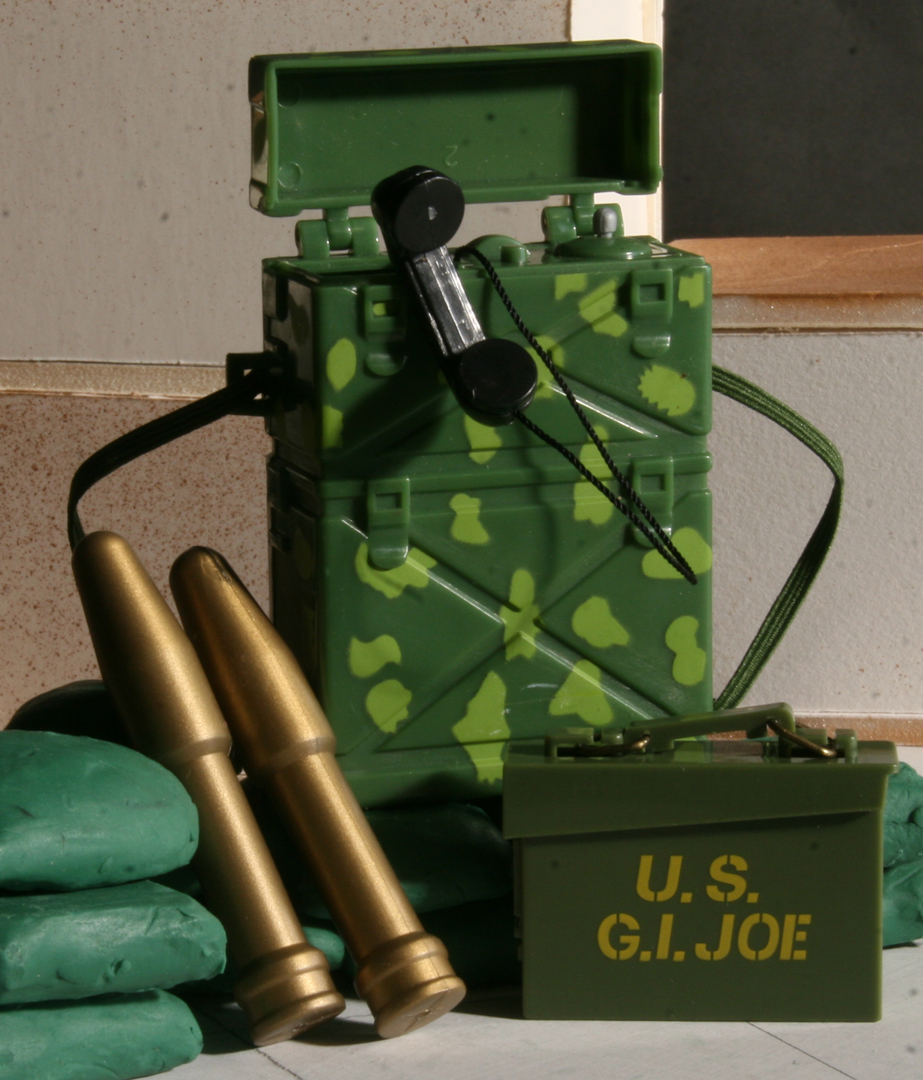 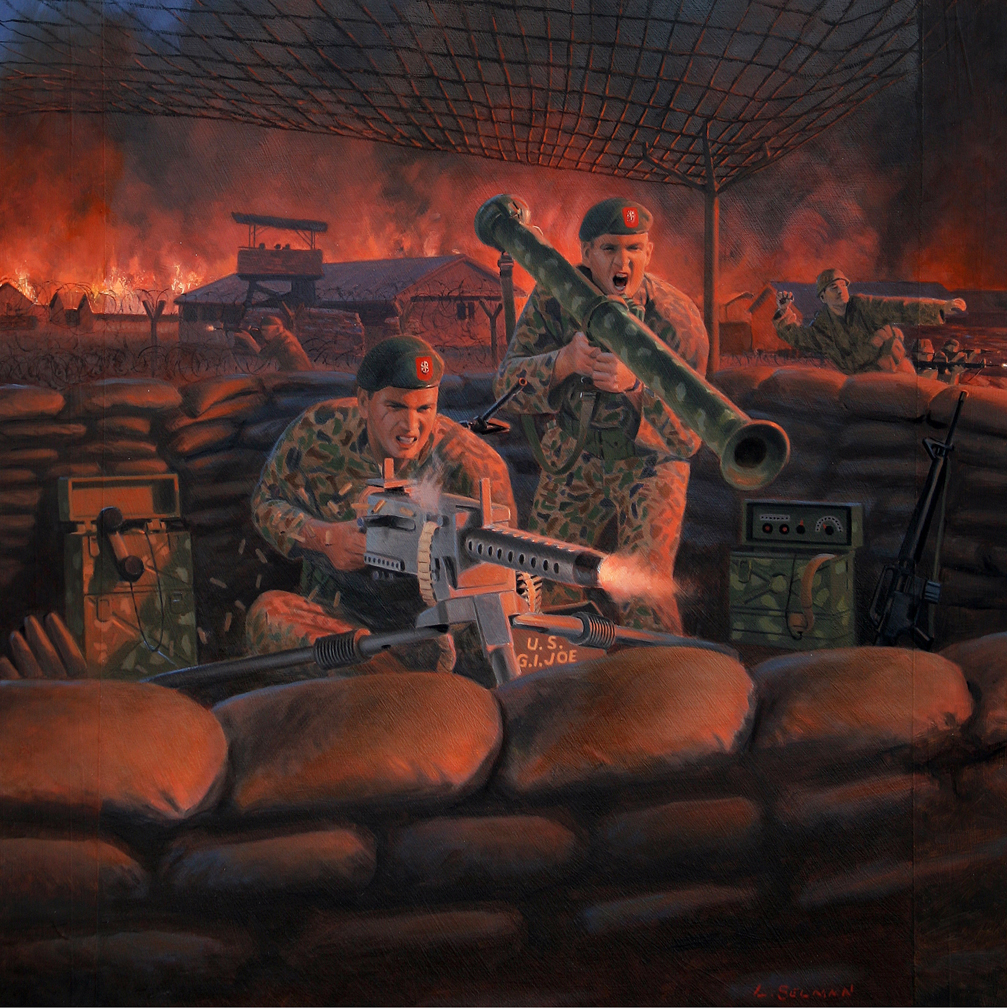