For as long as I can remember the battle at the Little Big Horn has fascinated me, wether it is to read or visit the power of attraction over the years has not diminished with time. There are many interesting stories, plots and subplots to what happened, why and of course what could have happened. While I respect Custer for his courage in the Civil War and on the plains his ability as a tactician leaves much to be desired. On two different occasions I was part of the Davis Creek Camp learning horse and cavalry drills and participating in the battle reenactment, the second trip was from the Yellowstone river to the Little Big Horn sometimes sleeping in the same place Custer had 125 years to the day. I've made many thumbnail sketches based on these trips and information accumulated.

These three sketches were part of the journal I kept on the horseback ride from the Yellowstone river to the Little Big Horn. I took a little artistic license with some of what we saw and expanded on others. For example if we saw cattle they became buffalo. 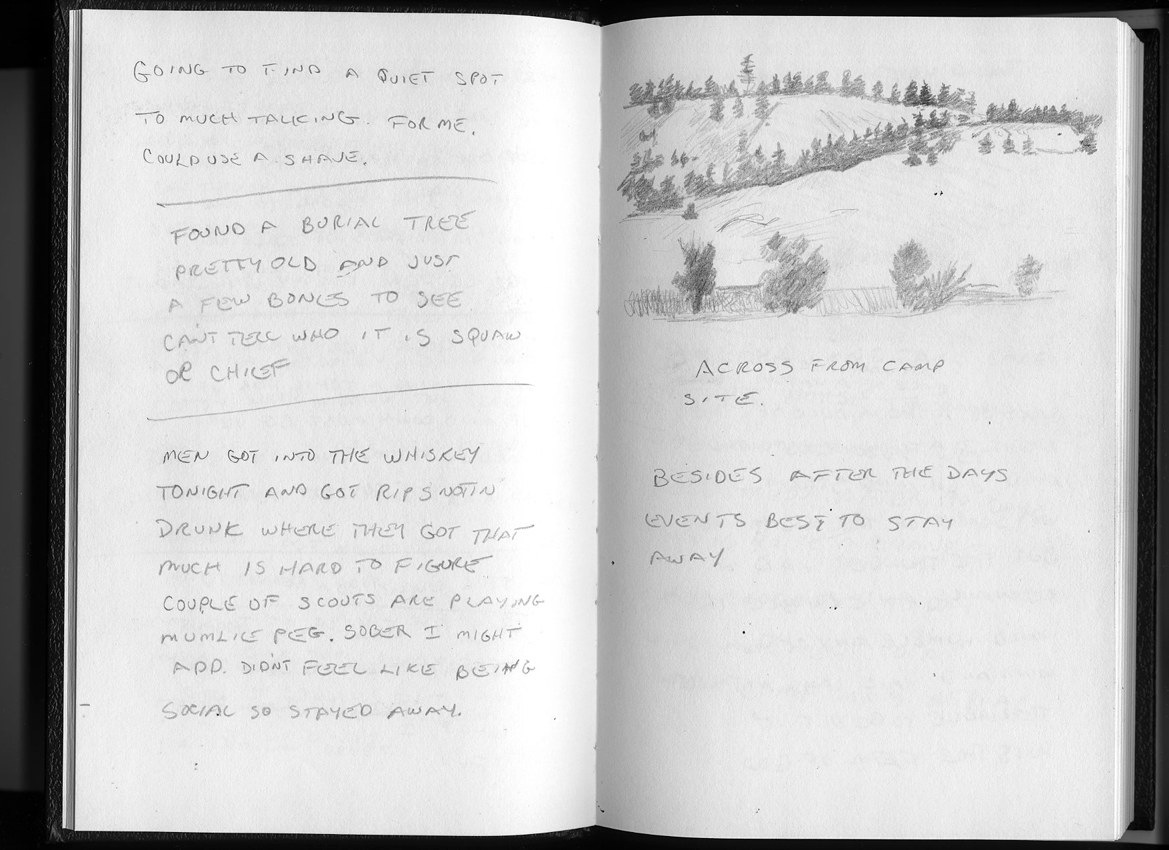 The burial tree was based on a couple of cottonwood trees next to camp, with the light and coming storm the place took on a gloomy atmosphere a burial tree fit right into that feeling. 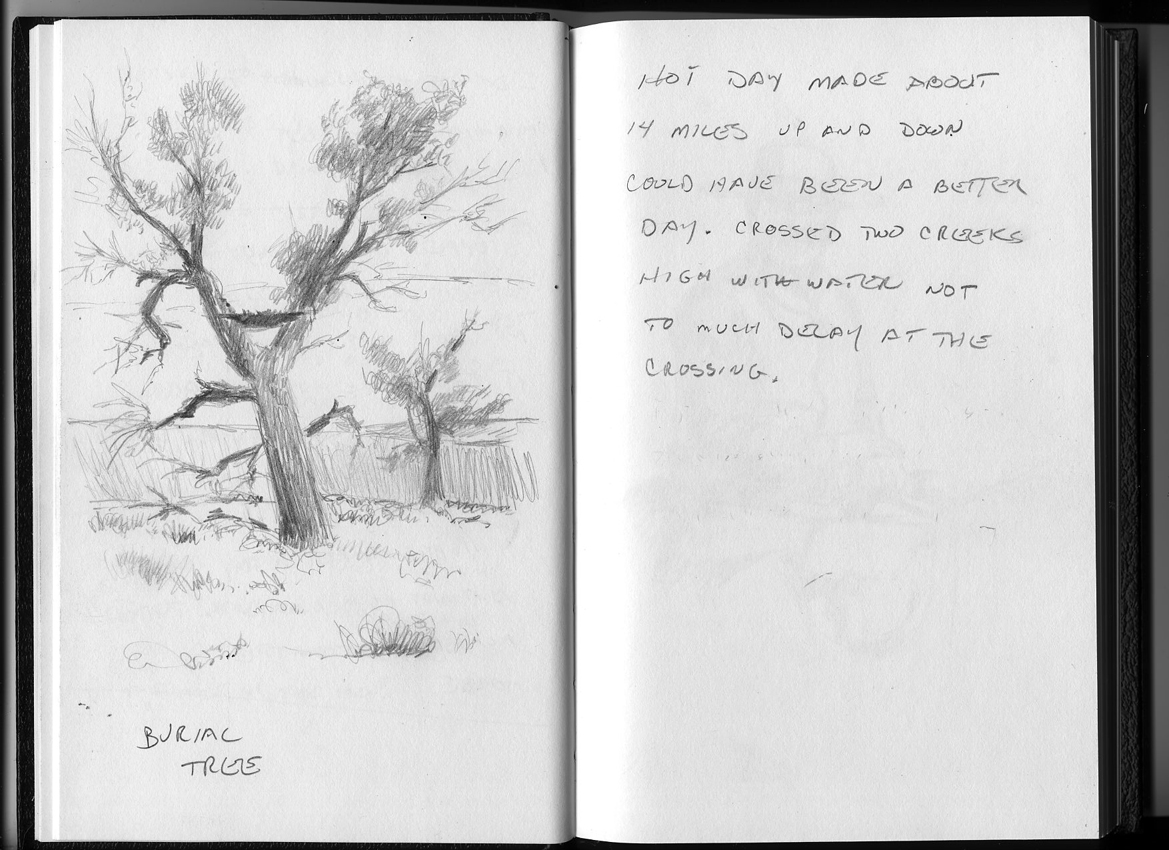 Memory drawing in the journal of our scout Lonesome Charlie Reynolds, his real name is Brad Edwards from Montana. Charlie Reynolds was killed with Custer on June 25th 1876 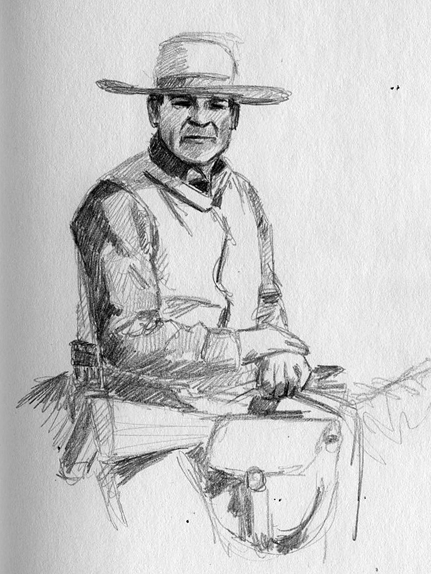 The next set of sketchbook drawings are more recent and based on my impressions of places or events I witnessed. The first is a night camp. On our second night out we slept in the same field Custer did on June 22nd 1876 you could imagine the fields full of troopers and horses, men playing cards or relaxing before turning in. Custers men did not bring shelter halfs for tents and would have fire restrictions to not tip off the Indians. This scene would have been played out many times in different places during the Indian War. 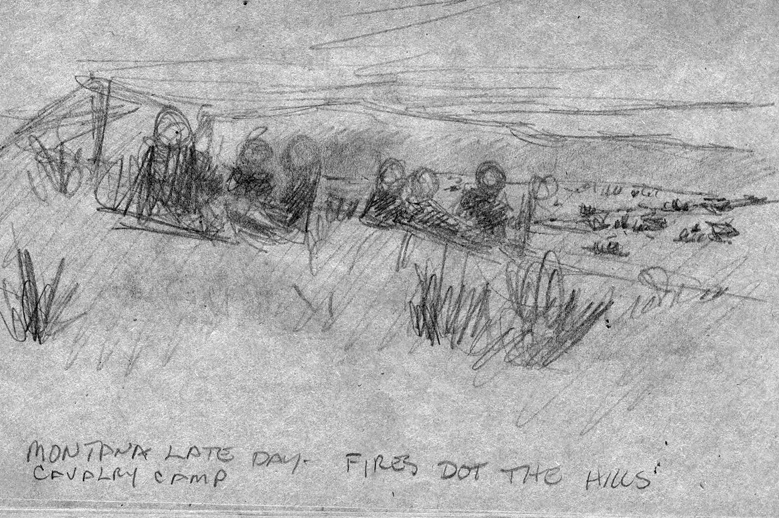 I took a walk away from camp at sunset and wondered what a picket soldier might see or feel in country with lots of hostile Indian signs about. Looking back on camp from the hill with the setting sun behind him the valley in shadow and small fires around the area.

Two drawings of the moment were Custer sees the size of the village and knows he needs more men and ammunition. He sends two messages to Benteen to come up, the second a order written out by Lt. Cooke. 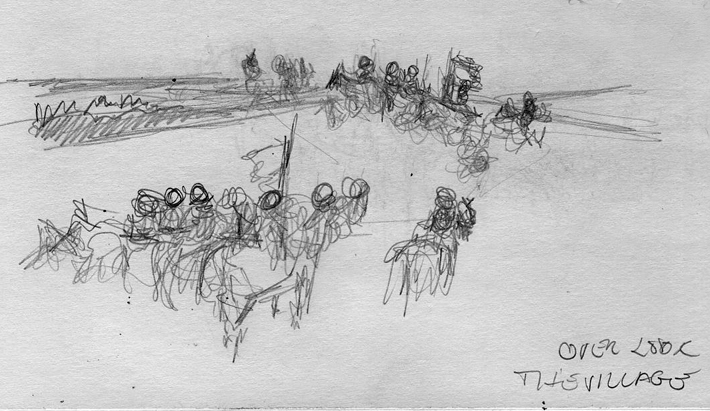 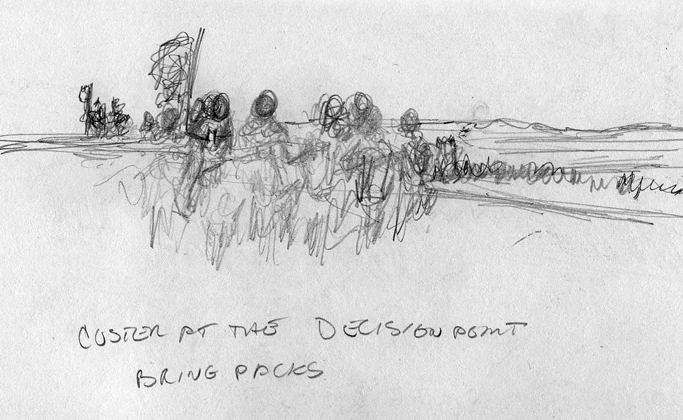 These two drawings are preparations for two paintings 9" x 12" showing the opposing views of the fight. The first is one of the Companies deploying in a skirmish line with the horses being lead away. Cavalry tactics were for every forth man to take the horses to the rear and allow the other three to fight on foot. Fighting on horseback isn't very accurate and it makes you a bigger target. Cavalry troopers do not carry longer range weapons like rifles, the carry shorter range carbines. The enemy must get in closer for the carbine to be effective. Trying to hold or ride a horse in combat is just completely ineffective. 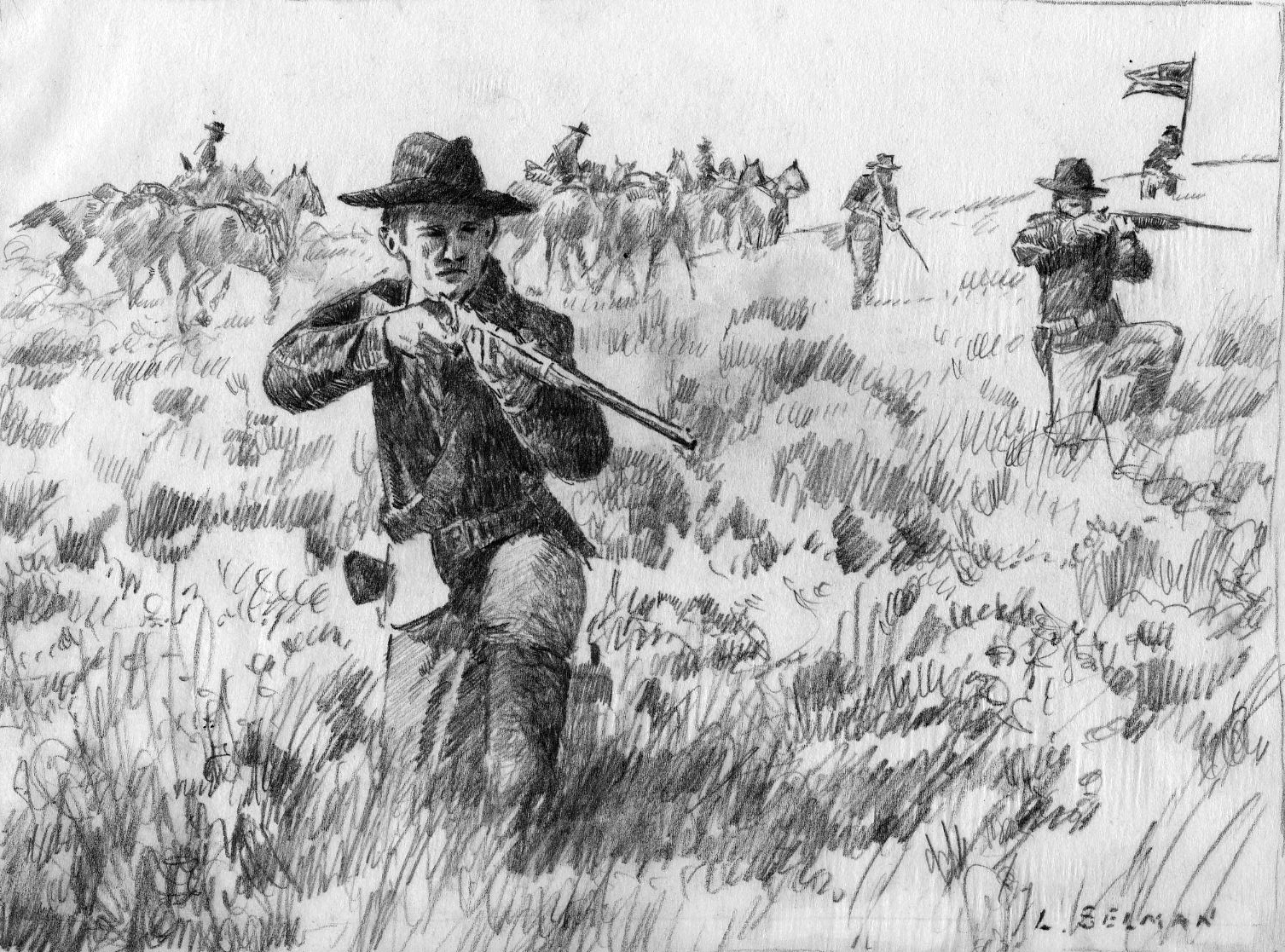 The second sketch would be the collapse of one of Custer's companies. Lots of dust and gun smoke would fill the air. A large portion of the fight was on foot, nobody was better at hunting men on the open prairie than the Native Americans. They would use the ground and sage brush for cover, pop up shoot then move before the soldiers could fix them as a target. If you have ever stood in a field watching lightning bugs and imagine those flashes as gun shots that would be a fair comparison to this combat. The Indians had no organized command structure like the army and fight as individuals. At the end there was no escape for the soldiers. The attackers rode in as command and soldiers were panicking knowing their time was up, the outcome decided. 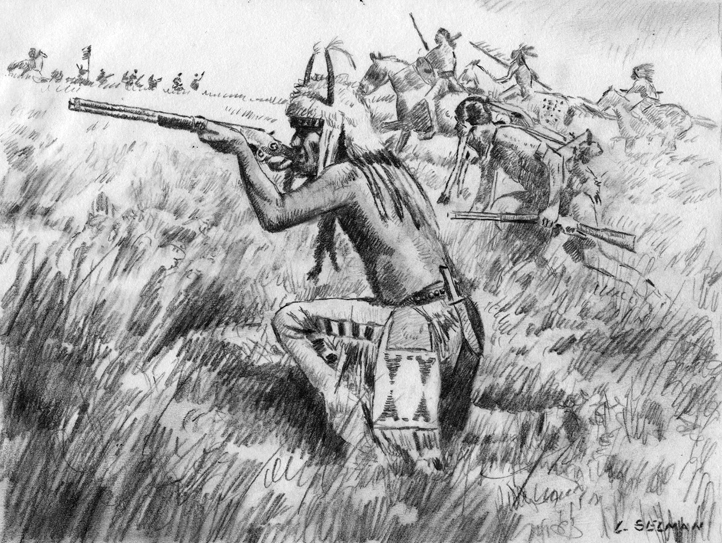