The completed and approved painting of Cpt. Blanchard and Lt. Hess titled: Pitchblack 16 Capt. Aaron R. Blanchard, 32, of Selah, Wash., and 1st Lt. Robert J. Hess, 26, of Fairfax, Va., served in the 2nd Aviation Battalion, 10th Combat Aviation Brigade, 10th Mountain Division. On April 23, 2013 they were KIA in Pul-e ’Alam, Afghanistan, of wounds suffered from enemy indirect fire. We used their call sign as the title Pitchblack 16 and the painting will hang at the Central Washington University ROTC building. Cpt. Blanchard was a graduate of the ROTC program at Washington, the painting will hang in that building after the presentation. 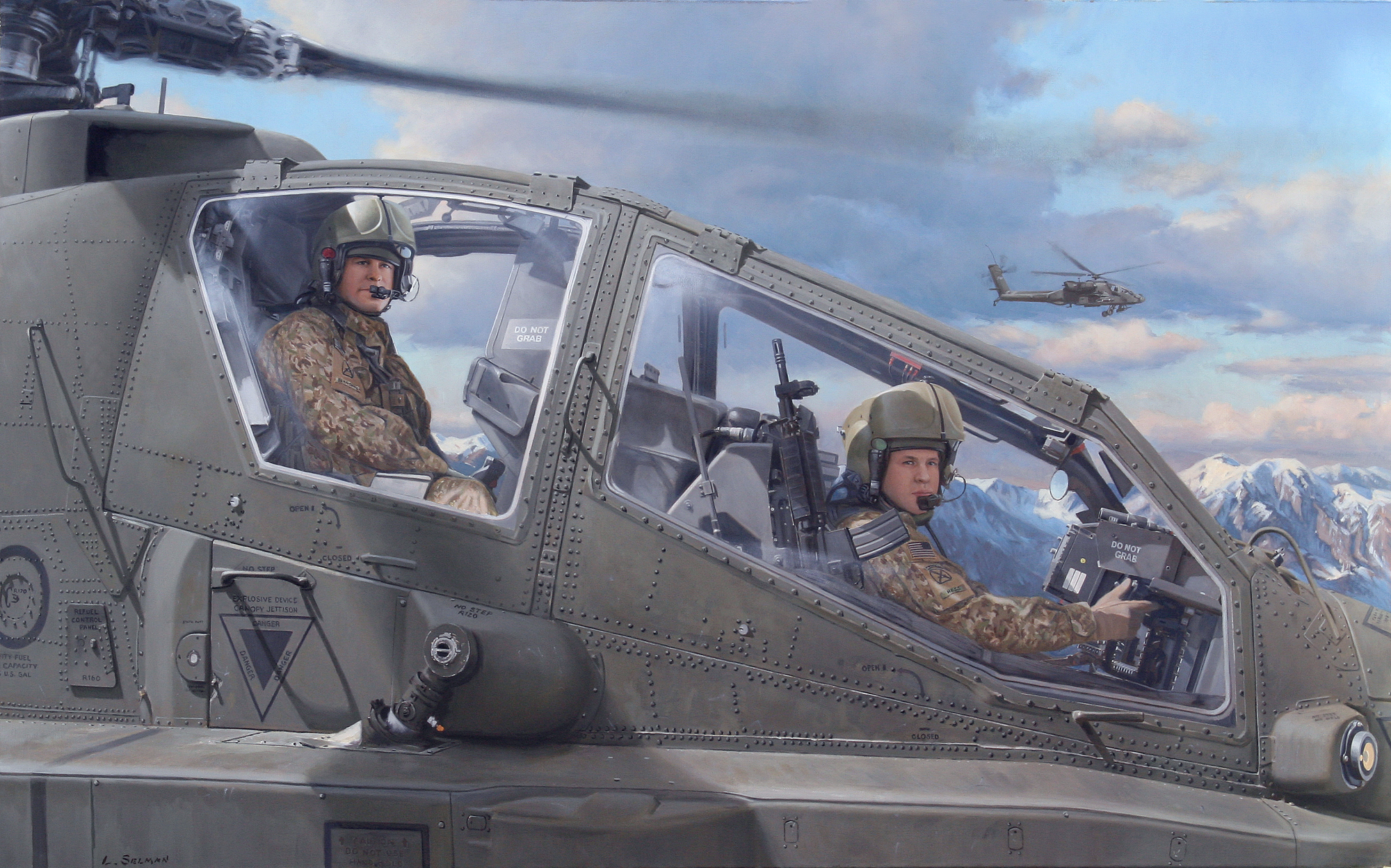