The completed painting titled Sky Soldiers, the 1/7th at LZ X-Ray. The picture was finished a few months ago and reproductions made. For the past two weeks veterans have been signing the prints which will be available very soon. There will only be 65 prints and have the signature of two Medal of Honor recipients Joe Marm and Bruce Crandall along with three Company commanders John Herren, Tony Nadal and Bob Edwards, Assistant Machine Gunner Bill Beck, B flight Huey pilot Dick Cline and UPI reporter/photographer Joe Galloway who covered and participated in the battle. 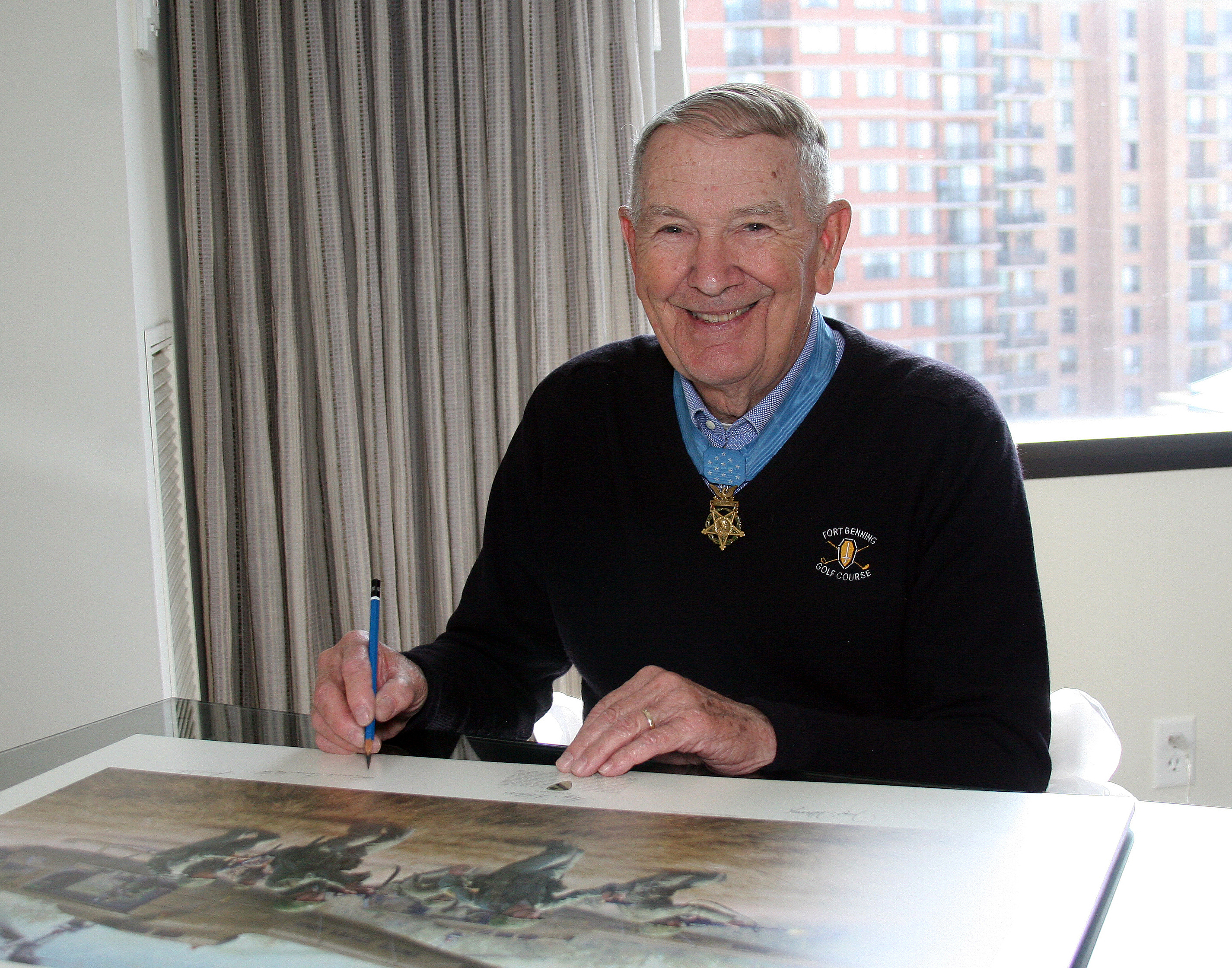 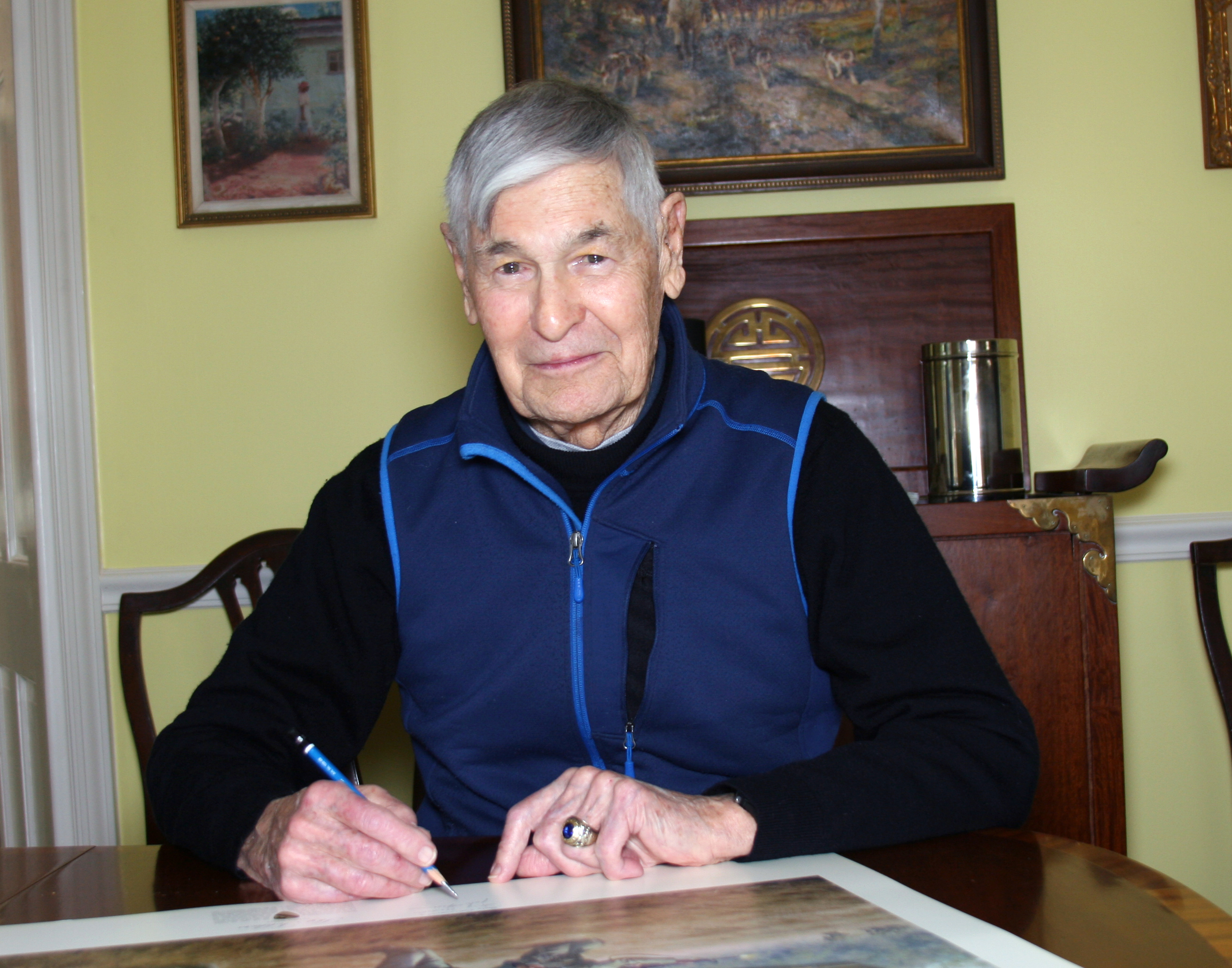 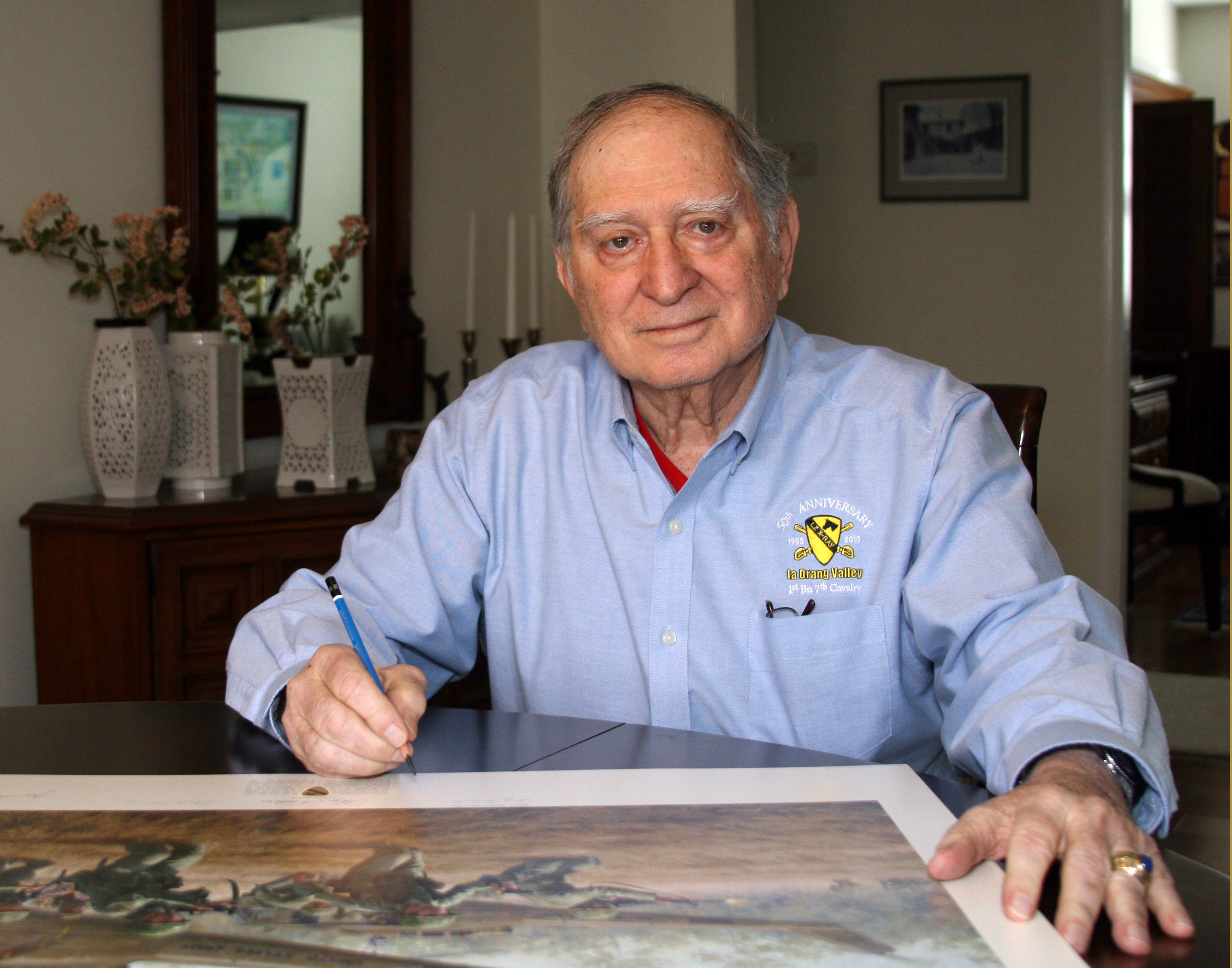 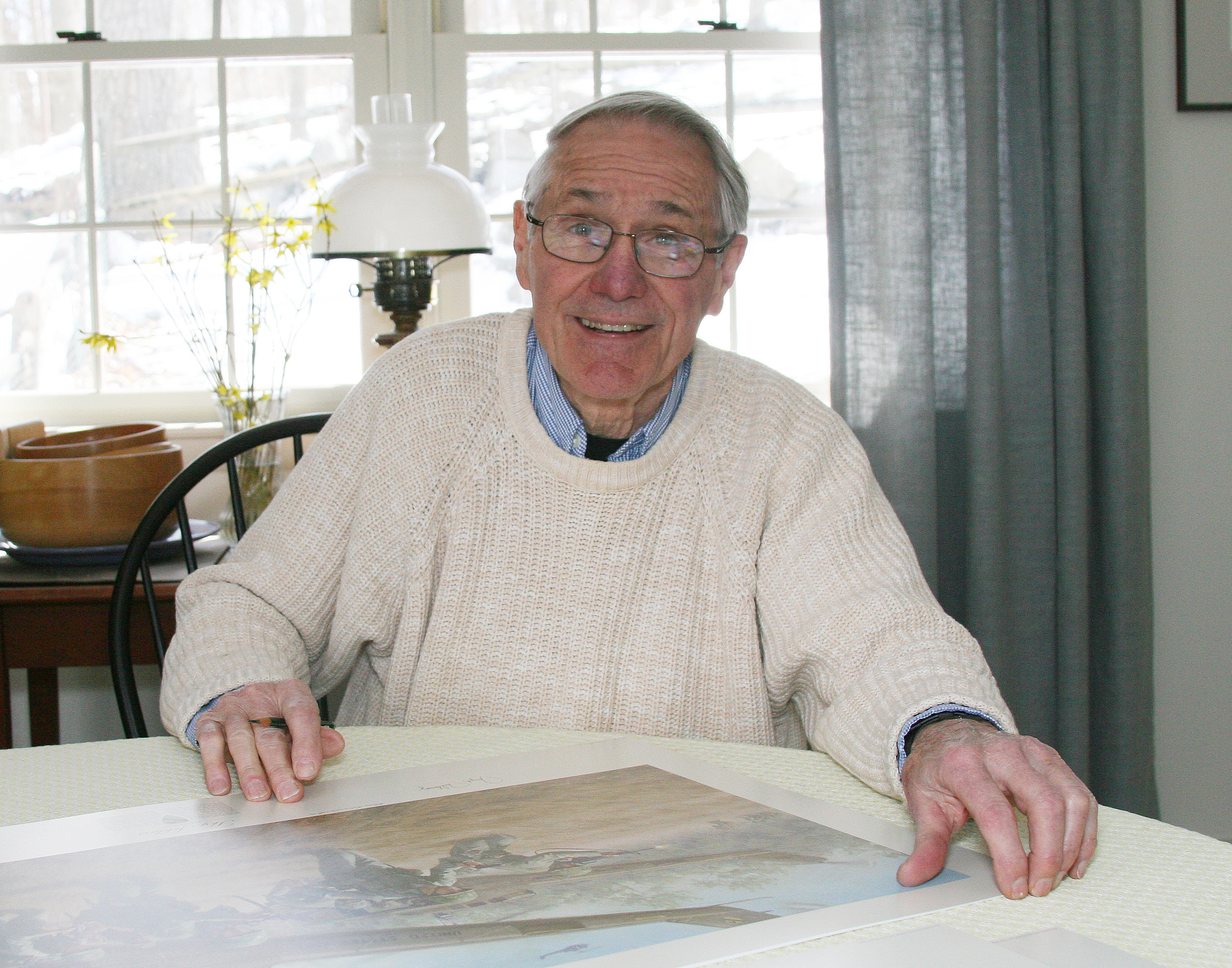 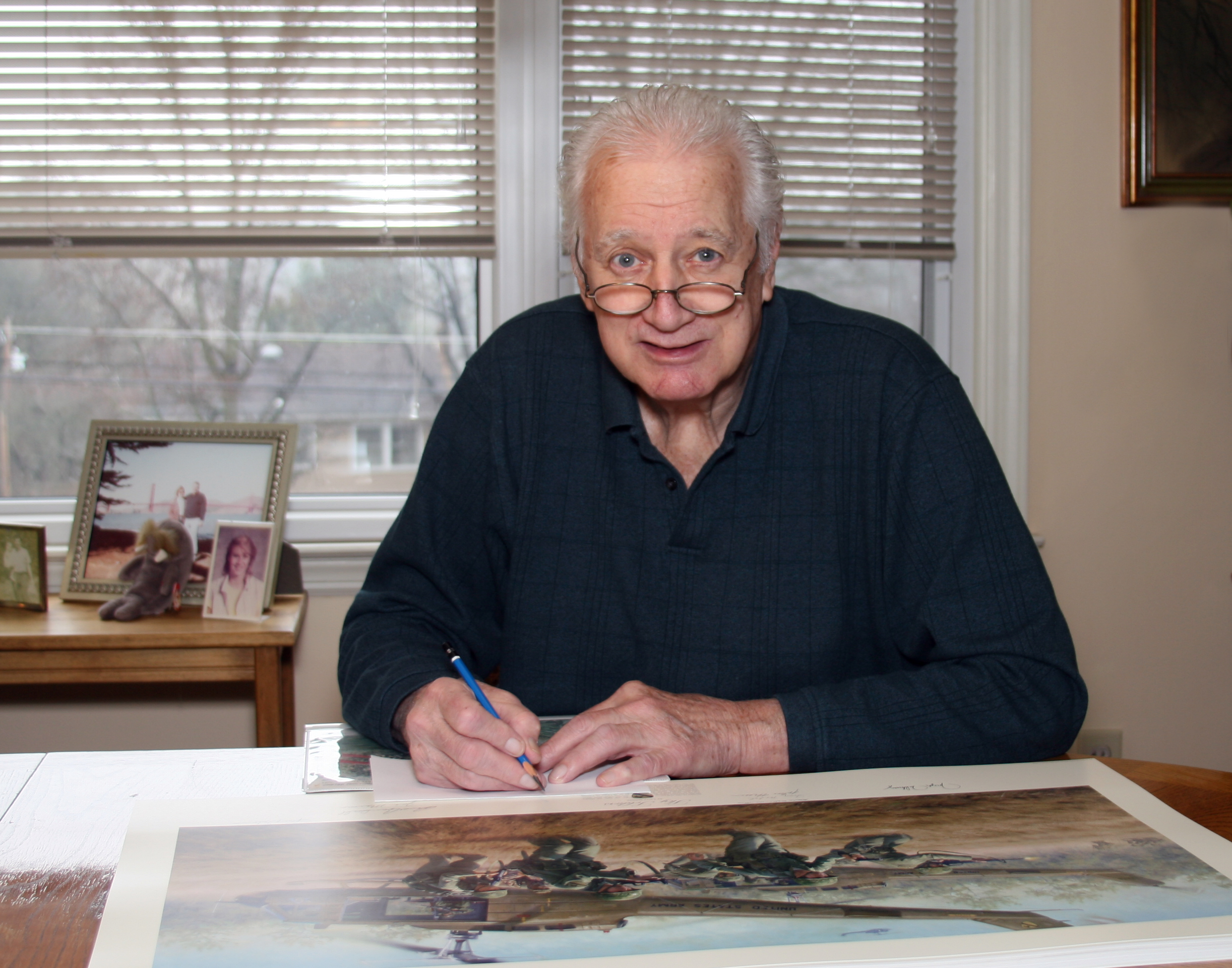 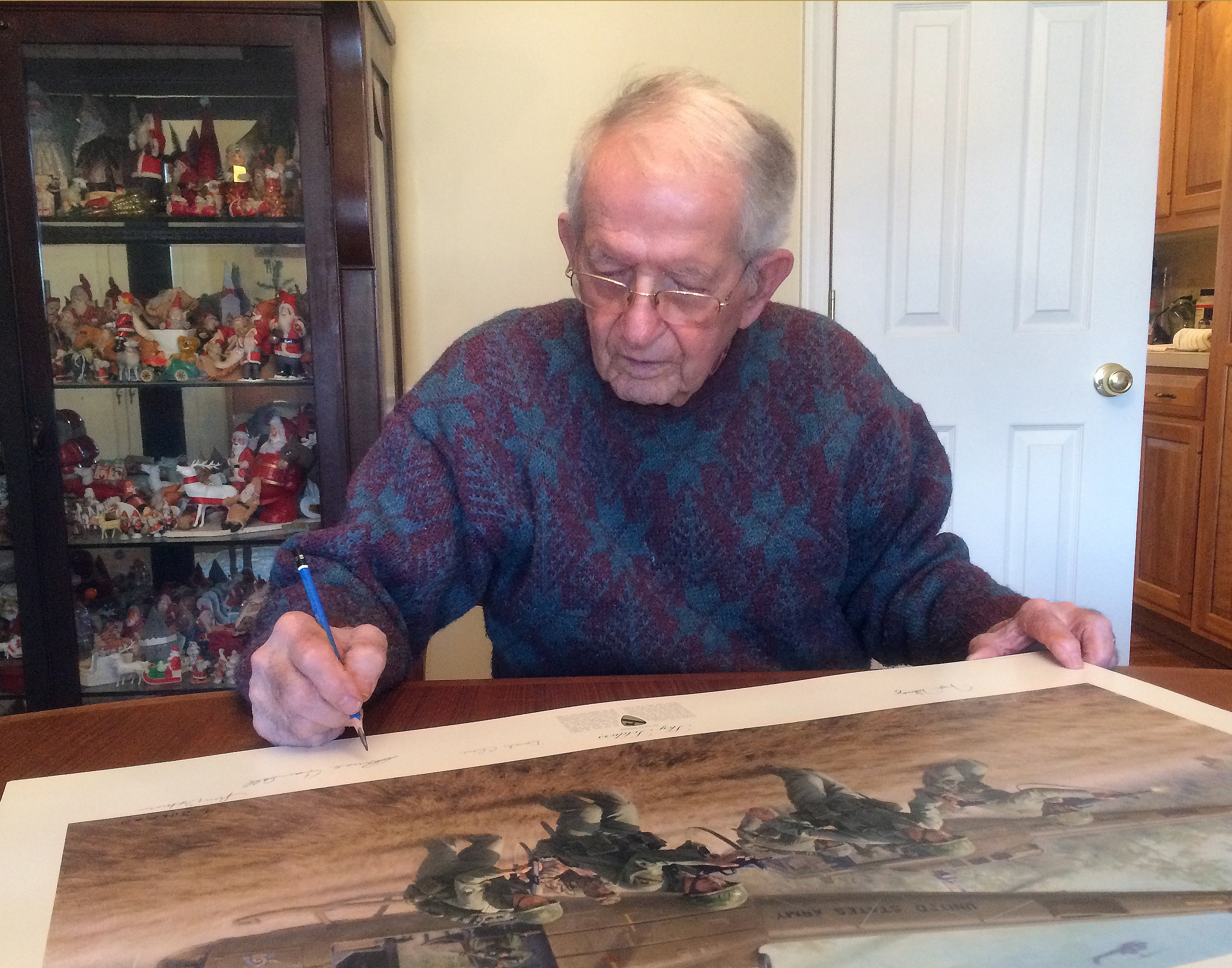 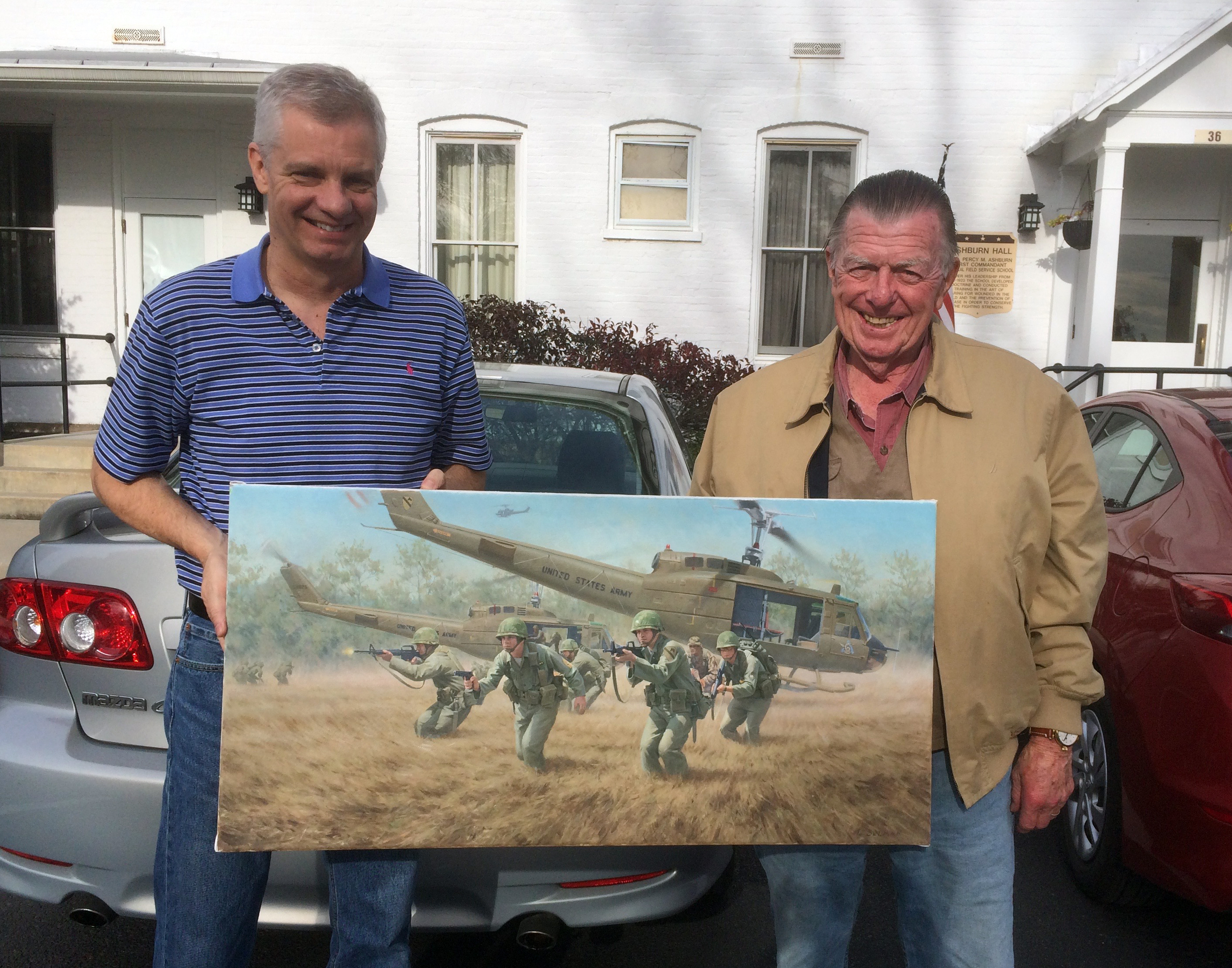